This is one team’s to lose. 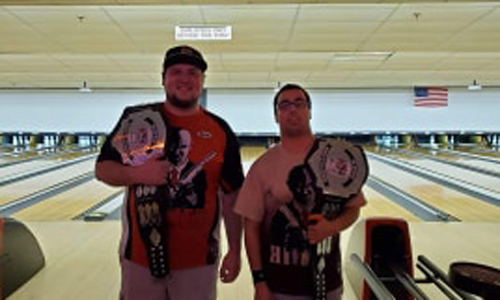 We are going to be checking out all of the districts. This preview covers Capital in the Southeast Conference. Just in case you didn’t check out the Season Brawl, here’s how this works:

FAVORITES: One of the teams I think will win the district and should be a lock to place in the Top 4 and make the playoffs.
LEGITIMATE THREAT: Could win the District. Should be in the running to make the playoffs.
CONTENDERS: They could stick around for a while, but certain unexpected things need to swing their way for them to win
DARK HORSE: They COULD win, but A LOT of things need to swing their way – like everyone running to watch the Carolina Panthers dismantle the New York Jets.

Based on what happened last season, there seems to be one clear favorite with a lot of other teams scrambling for the other three spots. Is this thinking valid?

FAVORITES
HITMEN: They go from a very tough district to one of the easier ones. You see the guys with the belts? There’s much more where this came from. There’s no way the Hitmen won’t make the playoffs and they are the odds-favorite to win this outright.

SLAYERS: Though they have some of their talented exported to the Hitmen, they are clearly positioned to move in should the Hitmen falter.

THE RISEN: Last season, they were sort of new, yet made waves in the regular season. With a year under their belt, they should be able to challenge the big boys.

LEGITIMATE THREAT
CAPITAL CITY HITTERS: They didn’t win but they were within range. They have the tools to take a playoff spot and make a deep run.

CASH COLLECTORS: Never overlook this team, as the Season Brawl will dictate. Can they continue the momentum that they had from the Summer?

CONTENDERS
DISTURBIN THA PEACE: This is a nea team, but they have some of the pieces in place. How well their scratch lineup matches with the big boys will tell how relevant they will be in the Spring.

OUTKASTS: This team is wayyyy too talented to finish in the bottom tier last season. Expect them to bounce back in a big way.

DARK HORSE
#VIOLATORS: They got violated. That being said, they have a full season this time around to make up for it.

INSURGENTS: The last season featured them finishing right behind the #Violators. can they step up their game?

SMASH: With only 56 points last season, they are in the position that they will almost be an improvement this season. How far can they go?