This is a weekend of rememberance for various reasons. 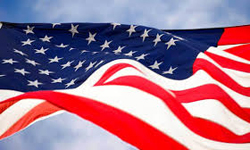 This weekend, for most people, is a reflecting one. And for many teams, the reflections are for a variety of reasons. Read on to see what we are reflecting on.
1. Jae Kim is December’s #1 Northeast Cruiserweight Contender
The Good Brothers’ Jae Kim wins 4-1 over Suicide Squad’s William Wahnon for the #1 Contender position. Kim will get a title shot in December against either current Champion Carlos Jimenez (Wrecking Crew) or Current #1 Contender Troy Gafgen (All In!). We’ll find out the match-up in 2 weeks.
2. Donnell Plummer’s win streak continues. For now.
Northeast Welterweight Champion Donnell Plummer (NY Legendz) has the good mojo continuing as his NY Legendz prevails 32-8 during NY East action this past weekend. Con he keep it going later on this month as he puts his title up on the line?
3. Lightz Out stays that way.
Lightz Out survives a 138 to come back and win 28-12 against Black Reign. They start off the season 3-0 in League Play and continue to stay at the top of the charts. Smithtown Smackdown also gets the win as they smack down BC Crew. Although The Long Island Legends triumph against the Headhunters, they get victimized by The Dark Cloud, who gets to video tape a pair of 9 baggers transform into a 299 and a 287. Eventually someone will shoot a trey to be seen in front of the camera with The Dark Cloud there. Eventually. Maybe.
4. In rememberance of Eric Daus
Lodi Lanes featured a tribute to Eric Daus, who not only was one of the cornerstones of the rebuilt Lodi Lanes, but was also a member of a few UBA teams (including the aforementioned Good Brothers). His spirit will always be missed, but his memory will never be forgotten.
5. Happy Veteran’s Day!
There have been, currently are, and will be many members of the UBA that are also members of the armed forces. For the many friends and families that either served or have friends or family members in the armed forces – the thoughts of the members of The UBA Today go to the people who have served and are fortunate to come back intact, the people who came back that need our help, the people that have made the ultimate sacrifice, and the pepole who are still out there, risking their lives so that you can make these stories.
Happy Veteran’s Day.