Answer questions and win stuff. Like the ability to not have to pray you get into Unholy Alliance 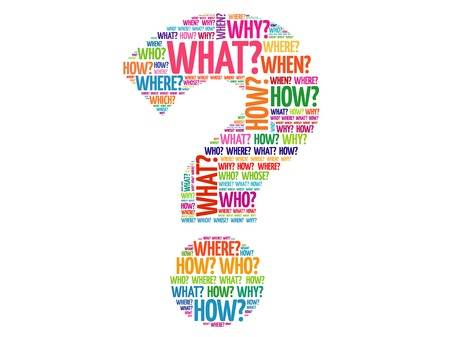 We would like to thank everyone who participated in this Quiz, which got entries totalling in the 4 digits. Congratulations to the following winners, whose correct answers got selected in the pool.

Congratulations to all the winners!

1. No purchse necessary. In other words, this is FREE (Please don’t sue us)
2. Each day, a different trivia question will be asked. Each day, you can submit ONE guess. The first guess received with the e-mail address counts as your guess.
3. Each correct answer will be entered into a drawing held at the end of the day on Monday January 6th. Prizes will be awarded the evening of January 6th.
4. Prizes: The Prizes are as follows: One (1) Paid For Unholy Alliance Entry*, One (1) Paid for Megabowl Entry*, One (1) Bowling Ball from Storm, One (1) pack of Five (5) Bracket Entries to be used at Unholy Aliance, One (1) pack of Five (5) Bracket Entries to be used at Mega Bowl, One (1) Free Game Entry to be used at Unholy Alliance, One (1) Free Game Entry to be used at Mega Bowl, One (1) Eliiminator Entry to be used at Unholy Alliance, One (1) Eliminator Entry to be used at Mega Bowl, Three (3) WCS Entries (To be awarded one at a time). You CAN win only one prize per entry BUT you can one prize per each entry you have in the contest.
* NOTE: The Entry covers the winner ONLY and guarantees their spot / event at the date requested. See eligibility for more details.
5. Eligibility: Anyone can play, incuding people who are currently in or not in the UBA, and UBA staff members, including those who have contributed to UBAToday. The only person who can’t play is Gordon Pepper, because he created the questions and he’s the one drawing the winners. Booooo Gordon. Everyone else (including his friends, which is basically everyone else) can play. Prizes ARE transferrable AS LONG AS Gordon is aware of it BEFORE the prizes are in use. Any prize that requires it to be used in a timely manner must be informed on what squad the prize is being used at before the event. Megabowl entry is for ANY event (with only the winner not having to pay for their spot). Prizes of entries MUST be used / informed to Gordon before regisration (Grand Prizes: before Tuesday 6pm of registration and event prizes before the event sign-in) or prizes are void.
6. RULE CHANGES: Rules can be changed at any time for any reason. All rule changes will be posted in this spot.

Question #1:
Where can you most likely find members of the UBA?
A. On the Moon
B. In Atlantis
C. In a Bowling Alley
D. At Gordon Pepper’s Apartment
ANSWER: C

Question #2:
If you’re walking to get food and you hear ‘Awwwwwwww You suck!’, there’s a good chance a bowler just did what?
A. Miss a 5 pin
B. Put the first ball of the frame in the gutter
C. Leave a split
D. Forgot to pay for the bar tab
ANSWER: B

Question #4:
During Battle Bowl X (which occured in 2019), what team defeated The Lane Crashers to win the UBA League Championship?
A. Outrage
B. X-Men
C. Westgate Warriors
D. Rage Against The Machine
ANSWER: A

Question #5:
One of these names is the alter-ego of Jeff Louis when he is doing commentary on the UBA videos. The other three are the names of actors in the 1988 bowling horror movie classic ‘Sorority Babes in the Slimeball Bowl-A-Rama’ (If you haven’t seen it, you must). Which one is Jeff Louis’ alter-ego and NOT one of the actors in the horror movie?
A. Dukey Flyswatter
B. Buck Flower
C. Cletus Chittlinjuice
D. Linnea Quigley
ANSWER: C

Question #6:
Question #5 dealt (sort of) with a bowling movie. Speaking of movies – according to IMDB.com, which of the following athletes was not in the 1996 bowling comedy ‘Kingpin’?
A. Roger Clemens
B. Parker Bohn III
C. Pete Weber
D. Mark Roth
ANSWER: C

Question #7:
It’s playoff time! Assuming that there’s no protests or anything silly going on, what’s the minimum number of games a team needs to win at a tour stop match to advance in the UBA Playoffs?
A. 1
B. 2
C. 3
D. 4
ANSWER: B

Question #8:
If you wanted to watch an animated movie featuring the animal on the jersey of the current WCS World Heavyweight Champion, what film would you want to watch?
A. Sing
B. Watership Down
C. The Secret of NIMH
D. Zootopia
ANSWER: A

Question #9:
A Top 20 hit from The Beatles, a TV series from J.J. Abrams, the first book from the series ‘The Legend of Korra’ and the video game company behind the ‘Broken Sword’ series all share the same name of a UBA team.  What District is this team in? (It’s Question #9. Now you get the hard questions. BWA HA HA HA HA)
A. NE North
B. Deep South
C. NY East
D. NJ Northwest
ANSWER: C

Question #10:
2019 was the first year that a Welterweight Champion was female. However, a number of years back, a female got as far as #6 on the Heavyweight list. At that point in time, what team was she on?
A. Franchise
B. Justus League
C. Misfits
D. Wrecking Crew
ANSWER: A

Question #11:
When you add teams (lots of teams), redistricting sometimes happens. What is the name of one of the four districts in the Southeast Conference that WAS around in the 2016-2017 season but is NOT the name of one of the six districts around in the 2019-2020 season?
A. Capital
B. Coastal
C. Shoreline
D. Tidal
ANSWER: B (NOTE: This was also called Intercoastal, so either answer was accepted)