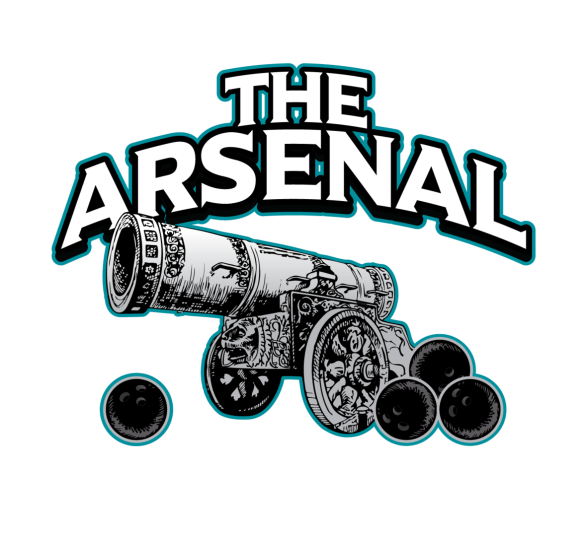 Arsenal: 36, Total Mayhem: 4
The Arsenal keep on rolling. Matthew Burzynski (774), Lemonte WIlliams (759), and Mike Ciardulli Jr (708) all hit for numbers as Arsenal sweep the wood by 170. Alfredo Soto (725) and Eric Perez (705) counter with 7’s of their own, but the rest of the team shoots a combined 180 pins under average, which would have covered the wood. They fall to 9th while Arsenal, still undefeated in Match Play, builds their lead to double-digits.

Latino All-Stars: 28, Messenger Mafia: 12
The All-Stars survive a nail-biter against the Mafia, as they win the wood by 61. Dennis Markovic shoots a 300 and leads everyone with a 764 series, but the first 2 pairs in the last game for the Mafia shoot a miserable 235 pins under average, which allows the All-Stars to escape and remain undefeated in Match Play. The Mafia, despite the loss, actually move up a spot to 8th.

Class Axe: 30, Dysfunctional Bowlers: 10
This one got a little chippy before the match and even chippier after the match, as Class Axe bests the Dysfunctional Bowlers. You would think that wouldn’t be the case as the scratch squad, featuring Matthew Frei-Funk (736) Chuck Trimblett (725) and Dave Nagelhout (718) wins the scratch by 122. Ah but you’d be wrong, as Class Axe dismantles DB on the handicap side by a combined 296 pins, care of Jimmy O’Connor’s 746. Class Axe remains in third, while Dysfunctional Bowlers are dealing with a situation a number of teams are dealing with – win lots of hardware last year and this season, but when the playoffs start, as of right now, they won’t be there.

Misfits: 30, Devilz Rejects: 10
One of these teams was going to get their first win of the season, and it’s the Misfits that prevail. The Misfits break out in a big way, as newcomers Bryan Ramsay (749), Tim Butz (709) and Jenna Garman (706) give the first two trios a whopping 621 pin advantage that they don’t relinquish. The DR remain in the cellar. Now can the Misfits with their new blood start to make a move up the standings?

BC Crew Staves off Second
Reaper Crew Gets Flatlined during Murder Season; Suscreba shoots 300 for DGF