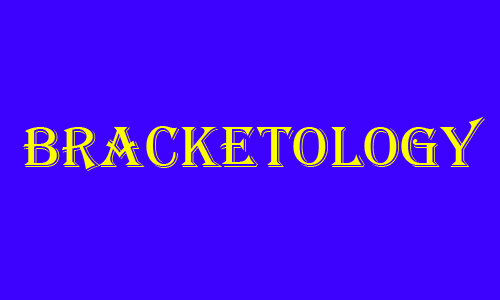 At the Team Relay, we have 6 title matches – one of which is for the World Heavyweight Championship. I’m going to predict who I think wins. So far this season, my record is 20-6, so I’m pretty good – though the last time out I went 3-3 in the North (Vs. a perfect 6-0 in the South in November). Can I continue the happy streak in the South?

World Championship Match – Josh Pittman vs JR Cauthen
Pittman has been en fuego and no one has come close to beating him. Cauthen has the goods to make this a match, but I see Pittman eyeing Mega bowl and I don’t see Cauthen stopping him.
PREDICTION: Pittman wins 4-2.

SE Vixens Title Match – Kasey Parnell vs Tosha Keiger Royal
Parnell won the title in an…upset?…a few months ago (I didn’t see it as an upset, because I called it. Heh.). I think she’s going to face some serious threats down the road – and Royal can certainly be a serious threat here if Parnell is not careful – but on paper, the champ should win this one.
PREDICTION: Parnell wins 4-2

SE Cruiserweight Title Match – Patrick Rogers vs Jacob Shipley
This is an interesting match-up. Rogers has the title, but Shipley is a veteran of the WCS, and hence, dangerous. I’m going to call for the upset here. Either way, this will be tight.
PREDICTION: Shipley wins 4-3 and captures the title

SE Welterweight Title Match – Roosevelt Johnson vs Christian Mills
I congratulate Christian Mills for getting this far. That being said, Johnson is going to be a very difficult person to remove the title from, and Mills is going to have to rely on more than what he currently has to do it.
PREDICTION: Johnson wins 4-1

SE Classic Tag Team Title Match – Brandon Bowlin & Keith Nelson vs Lee Bowlin & Brad Cummings
Yes, a Bowlin is going to win this match. Hardy-har-har. I’m going to take the veteran in the form of Lee, who has won gold before – and I think he’s going to win gold again.
PREDICTION: Bowlin/Cummings wins 4-3 and takes the title.

SE Heavyweight Tag Team Title Match – Dennis Killough & Darrel Ratliff vs Jerry Didway & Brandon Andrews
One of the things that makes the Tag matches fun is when the singles belt holders team up for the Tag belts. In this case, it’s former Heavyweight Champion Didway that’s going after former World Champion Killough. I think this goes the full distance, with Killough’s experience being the x-factor.
PREDICTION: Killough /Ratliff retain