Ok so there’s 15 events you should keep an eye out on. It’s just way too overloaded for me to just put 10 on. 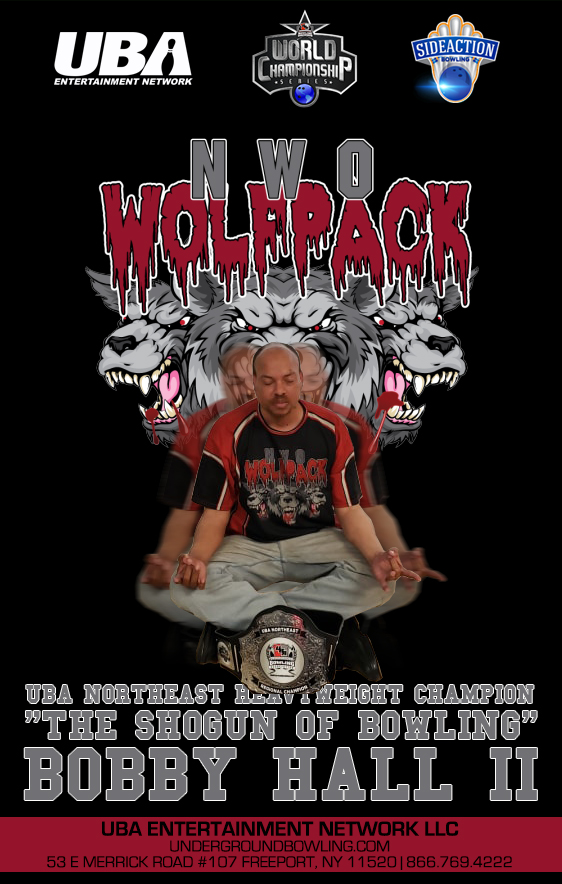 Ok so there’s 15 events you should keep an eye out on. It’s just way too overloaded for me to just put 10 on. Sort of like those overstuffed fruit cakes (though this is much better than fruit cake. Guaranteed).

15. PA South – SECRET SOCIETY VS USUAL SUSPECTS
If the Society want to get back to the top spot ion their district, they need to make a move. Perhaps a win over the 3rd placed usual Suspects will do the trick – that is, unless the Suspects want to make defeating the Society a Usual matter.

14. NJ Shore – THE REPLACEMENTS vs STRIKE CITY
Do I smell rematch from the playoffs? Sure do. WHo wins the revenge match-up?

13. NJNE – DREAM TEAM Vs DYSFUNCTIONAL BOWLERS
2 teams that met in the play-offs last year get ready to skirmish again – this time with an early first place positioning in the balance.

12. Southeast Team Relay
It’s a 2 day event and everyone gets to play for 3 games. Sometimes 6. Sometimes 9.

11. Southeast Welterweight Title Match:
CHAMPION: Demond Burns – Chill Squad Vs. #1 Contender: Edward Waldon – Disorderly Conduct
Ironically, it’s been the Welterweights that get to talk trash and blow some smoke. Will Demond be Chill in his title defense? Or will Waldon be disorderly enough to grab the belts?

10. DMV South – STR8BIZNESS CARTEL vs BOARDWALK EMPIRE
We know they will be seeing each other in the play-offs. This is chapter one, because every good story needs the opening prologue – even if it’s the next in a series of novels.

9. Southeast CRUISERWEIGHT Title Match: CHAMPION: Timmy Hildebrandt – Reality Check Vs. #1 Contender: Brandon Shurtz – Rollin’ Rebels
No one was expecting this match to end out the year. But that’s what makes the unpredictability of the WCS fun. Who celebrates NYE with the WCS strap?

8. Southeast Tag Team Title Match: CHAMPIONS: Charlie Beam & James Veneziano – G Town Heavy Hitters Vs. #1 Contenders: Antonio Horne & Josh Hollister – Disciples
It’s been a very long road for Horne and Hollister, but they get to the main stage. Do they finally finish out what they started? Or will the Hitters make the road that much longer?

7. DMV NORTH – Outrage vs. N.W.O. Wolfpack
The defending champs have to bowl a team that already defeated them once this season? Will it be twice? Or will they recover some of that magic they used at the end of last season?

6. SOUTHEAST VIXENS TITLE MATCH: CHAMPION: Destiny Harper – B.U.F.U. Vs. #1 Contender: Jessica West – Menace II Society
Harper has been knocking off contenders left and right. Will West be next or is that the direction that the title will be migrating to after this one?

5. DMV NORTH – Impact vs. Kryptonite
Forget that they are bowling for first. Just say it’s Kirby Vs. Bateman. That alone gets it into the Top 5.

4. SOUTHEAST HEAVYWEIGHT TITLE MATCH: CHAMPION: James Kniffen – Hitmen
Vs. #1 Contender: Joe Kowalewski – Insurgents
Despite Kowalewski holding on to a bum foot, this should still be entertaining. If Joe gets locked in, can he deal with the pain and be rewarded with the pleasure of the title? Or will Kniffen hold the course on Saturday to go for the gold ring on Sunday?

3. NORTHEAST VIXEN’S Title Match: Kayla Jones (Justus League) vs. Deanna Cryan (Misfits)
Jones and Harper have held their belts longer than almost anyone else currently holding a title. Cryan, who’s already held the belt once, is looking to change that. This match is going to have some fire behind it and it could be an instant classic.

2. Northeast Heavyweight Title Match: Bobby Hall (N.W.O. Wolfpack) vs. Tom Panebianco (Ocean Thrashers)
Hall is closing in on one year with the belt. His opponent is the person who he took the belt from. Panebianco has been waiting for a long time for the rematch. This one ought to be good.

1. WORLD HEAVYWEIGHT CHAMPION – Dennis Killough – King’s Court
Vs….TBA
Speaking of holding on to things for close to a year, Killough is one match away from doing just that. Can he go into Mega Bowl with the strap? Or will either Kniffen or Kowalewski be the person who walks into Mega Bowl?

UBA Top Ten: November 16/17
What to do and watch this weekend