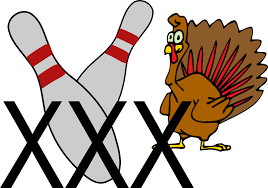 So you think Thanksgiving weekend means we rest? Wrong. Let’s call it by the numbers.

1. Augusta Reigns
The Reign have yet to take a loss in the Deep South. DSL and the Savages are tied for the last playoff spot with B.U.F.U. not that far behind them.

2. Watchmen are being watched
The Watchmen had a chance to blow the Tidewater district out. Intead they lose 32-8 and now only have a 3 point lead over Loose Cannons. Fourth place is 122 (which is tied between Notorious and Synergy) and 2 teams are 12 points behind them. So we go from Watchmen being very far away from everyone else to items in your rear view mirror are closer than perceived.

3. Triad is now what we expected it to be
Remember that lead the Hitmen had? That’s gone, care of Disorderly Conduct, who beat them 28-12 and close the gap to 11. G.O.A.T. and C-Swag moved up to join the party as the difference between first and 7th is a measly 33 points.

4. King’s Court is holding serve
The Court now had a 24 point lead and the top 3 teams can breathe a little easy. For now. But the emergence of G-Town Heavy Hitters means that the 4th spot – now held by the Conspiracy Theorists – is tentative at best and they may want to think about making some headway upwards, lest the Hitters go Heavy on them.

5. It’s heavy at the top of the Sandhills District
High Octane and Natural Selection both have 150. Rollin’ Rebels have 141 and Beast Squad has 140. 5th place has 103 and no one else is close. Does this mean the top 4 is all but filled? Or is any team going to make a run and try to usurp the forefronters?