Not for the Squeamish 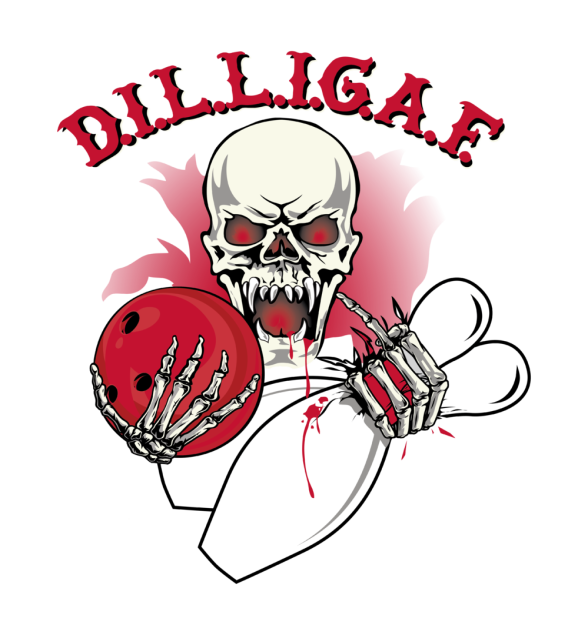 DILLIGAF: 34, 187 Inc: 6
We start with the debut of 2 new teams, and neither of them showed up on the lanes. However one team (DILLIGAF) avoided shooting 617pins under average (187 Inc.), so they win. The scary things is if they take 34 points shooting badly, what’s going to happen when they shoot well?

King’s Court: 32, The Militia: 8
Meanwhile, the team where most of DILLIGAF came from avenged their playoff loss from last season and defunded the Militia. Actually, both teams were defunded – the highest series was a 655 from Lewis Oot of the Militia – and everyone else on that squad shot a combined…wait for it…1,113 pins under average. That’s not a typo – that’s 1,113 pins under average. The question should be with scoring like that, how did The Militia get 8 points?

G-Town Heavy Hitters: 28, Carolina Rollers: 12
Jack Ness was the big leader on the pair with a…605. But hey, a 605 is good enough to lead the Heavy Hitters to the win by 151 pins. I’m wondering if the lane oiling was done by the Marquis De Sade.

Boondoggle: 30, Southern Style Mafia: 10
Usually we talk about high scoring – which we won’t (though Julian Leicht had a 608 for Boondoggle.) Let’s talk about Leroy Tillman, who shoots 111 pins OVER average, leading his handicap pair to a 320 pin rout and the match. It’s not always about the Superstar Scratch bowlers – sometimes the low average bowlers, especially ones that find something when everyone else struggles, could be key players in a match. Take notes.

BLIND: 26, The M.O.B.: 14
As you can see the scores, you can tell that anyone that was going to run into the Blind today was going to have some difficulties. That’s what happened to the M.O.B. as the Blind pickes up their first (but definitely not their last) win of the season.