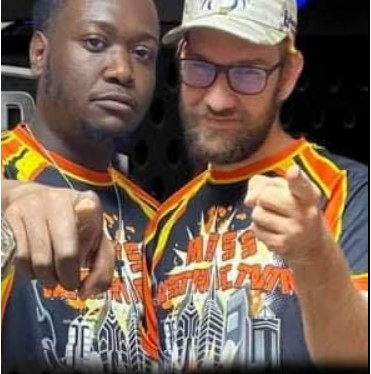 The Northeastern Uncapped Tag Team Champions are Tyler Wilson & Matthew Grayauskie from Mass Destruction, a team out of the Pennsylvania South District.

How did they get into bowling?

Matt started bowling when he was 10 years old with his dad. Bowling is a sport that anyone can do. For Matt, it was where he met most of his friends. He still keeps in contact with many bowlers from his junior leagues and high school. Now he can go to the bar with bowlers after league night, have a few beers, and enjoy the camaraderie.

Tyler started bowling at the age of 3, and he is never looked back. He learned the sport from his mother, who taught his father, and they both taught him.

What led them to their current UBA team?

Tyler was led to Mass Destruction after he was approached by Malachi Moore, a.k.a Da Brain at Sproul Lanes, back in 2017. Malachi talked to Tyler about the UBA and how he would be a great addition to his team. Malachi also shared how he loved lefties and would not take Tyler’s no as an answer. Tyler gave it a shot, and that’s where he is today.

What has been their best moment while bowling in the UBA?

Matt’s best moment while in the UBA has been winning the Uncapped Belt Match. Other than that, it was shooting 300 in one of the tour stops.

For Tyler, his best moment has been becoming the UBA N.E. Uncapped Tag Team Champions with his teammate Matthew Grayauskie.

What do the UBA and their UBA team mean to them?

For Matt, the UBA and his team are how he likes to think about bowling in general. For Matt, it is one big happy family. He likes how the UBA gets his competitive juices flowing. At the end of a competitive match, he can shake hands, enjoy a beer with people he bowled with, and have a good time. If there is one thing he has learned, the bowling match or results do not matter at the end of the day. It really is about the bonds of friendship that are created that counts; that is what the UBA is able to provide.

For Tyler, the UBA and his squad mean competition.

What activities do they participate in outside of bowling?

Outside of bowling, Matt likes to run or take road trips. Whether running 5ks to half marathons, he enjoys running when he is not bowling on the weekend. Matt also enjoys taking road trips to places he has not been to to let his mind wander.

Tyler enjoys going to the gym and spending time with his family and friends.

What ritual must be completed while competing in the series?

Matt needs a beer to get into his zone. That is a must-have on top of wearing a hat.

Tyler needs to make sure his teammate drinks a lot!

The SHOUT OUT Corner!

Matt would like to shout out everyone from the beginning to now who has supported him through his ups and downs!

Tyler wants to shout out Mass Destruction #MD BABY! Malachi Moore for putting this team together. All of his family and friends for their support. Steve Green and Dennis Reale in P.A. for helping with his fit and drilling needs. And last but not least, shout out to the UBA itself!