BC Crew Staves off Second

BC Takes care of the Long Island Legends. 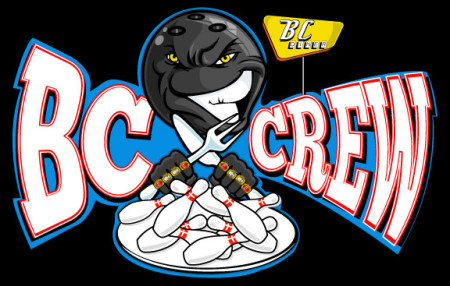 BC Crew: 24, Long Island Legends: 16
The crew win the middle handicap pair by 254 and ride it to the win. It should have been more, but the Legends Stephen Bennett (736) helm their scratch to that win and the other handicap trio goes to LIL by 7 pins. But LIL’s middle handicap pair does them in as they fall to third. Quan Jacob shoots a 751 for the ‘Crew as they remain in first and undefeated in Tour Stop play, but they have yet to take their bye…

Royal Flush: 28, Rhino’s Express: 12
Sometimes, you don’t need to shoot numbers (though it helps). Sometimes, just getting out of your own way is enough. That’s what the Flush does as they win the first two pairs by a combined 388 pins. They take advantage of the Legends’ loss and are now the second placed team with their bye already used. The Express sweep the last pair, but they remain in last because they can’t do anything on the other 2 pairs.

Killer Gripz: 28, Suicide Squad: 12
The Gripz made a resolution to get into the Top 4 and they accomplish that early on in the season. Here’s a weird stat – the Squad actually win 2 out of 3 games in all three trios – AND LOSE, because the games they lose in each trio also cost them the wood in each trio. Hence, KG win all 3 trios by a combined 156 pins and take over the 4th placed spot that the Squad used to own…but they don’t, anymore.

Project Mayhem: 28, Black Reign: 12
Project Mayhem takes control early; a 300 by Jarrett Gerard, a 279 by Zane Lipson and a 244/703 from Willie Rich gives the scratch team the first game by 273 pins (!!!) and they don’t look back from there as they remain in 6th. Walter Hampton (737) gives the Reign some points, but they remain in 9th because they can’t get out of the ginormous hole their scratch team put them in.

Dark Legendz: 28, Bowling Bullies: 12
The Bullies had a chance to move into the Top 4, but they get thwarted by the Legendz, who win the wood by 112. The Legendz FINALLY get a win, but they remain in 10th while the Bullies get stymied to 7th.