All-In gets breathing room against the Horsemen 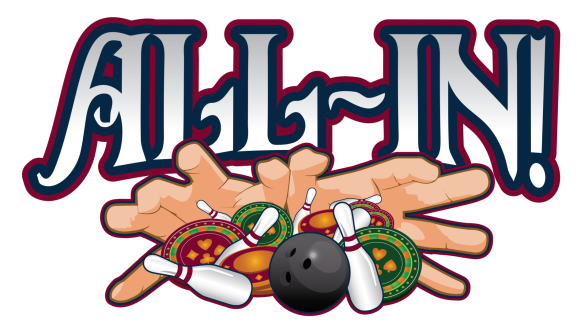 All-In: 28, Philadelphia Horsemen: 12
If this is a preview of what we’re getting in the post-season, this is going to be fun. This one comes down to the last game,. where Frank Kmet’s 300/751 leads All-In to win the third game by over 200, which grabs the wood as well. Tony Skechley hits a 289 for the Horsemen, but they fall to third in the loss. All-In goes up 43 on the Horsemen, who fall to third because…

Voodoo: 34, Smurf Nation: 6
Voodoo almost gets a 40 piece but the Smurfs take not just a game, but the wood on a trios. Still, Brad DeUmberto’s 743 is good enough to get them up to second. The Smurfs remain in a play-off spot, but because they still have to take their bye, they won’t have that playoff spot for long.

Southampton Samurai: 34, Mercer Mayhem: 6
The Smurfs getting…well, smurfed…leads to the Samurai having a shot at the 4th playoff spot. They decide to take it as they wallop the Mayem by 279. No one does anything on the scoring, so we’ll say that Mercer Mayhem shoots a combined 540 pins under average as they drop to 8th.