Here’s your World Championship Series results this past weekend. 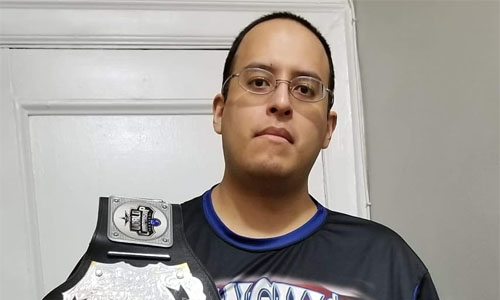 Miguel Acobo, facing a 2-2 tie, instead wins game 4 in a tie-breaker and defeats Jason Stanton 4-2 to take the World Championship Series Heavyweight title for the third time. Despite goi0ng up 1-0, Stanton lost his look and the DMV lost one title…

Contract Killaz 4, Secret Society 2
But they gain another in one of the crazier upsets ever in the UBA. But don’t tell Mike Waltz and Salome Dannette Samuel that. They defeat a Secret Society squad that was not on their game 4-2 to take the belts. That’s why we play the game on the lanes and not on paper as SS just couldn’t figure out the lanes and CK took advantage. You better believe SS will be coming back – and be hungry.

William Wahnon 4, Ian Greene 2
Everyone said Wahnon wouldn’t be denied – and everyone was right. Wahnon wins the title and while Greene gave it a run, Wahnon did a lot of work during the Summer to improve his game and get to that level. Now he gets to be the hunted instead of the hunter. Can he defend as well as he attacks?

Dysfunctional Bowlers 4, Mass Destruction 2
MD has their chances to get the huge upset, but DB got the strikes when they needed to, and when MD needed to make the same shots, they didn’t get them. DB remains undefeated in Uncapped Tag Team play.

Bryan Andes 4, Jae Kim 2
Like MD, Kim had his chances but gave up late leads in 2 games, and that decided the match. Andes, who also came in fourth in Last Man Standing, had a nice trip to the bank this weekend.

Firsts and not so firsts
WCS LIVE TITLE MATCHES