We look at the new Bronx District 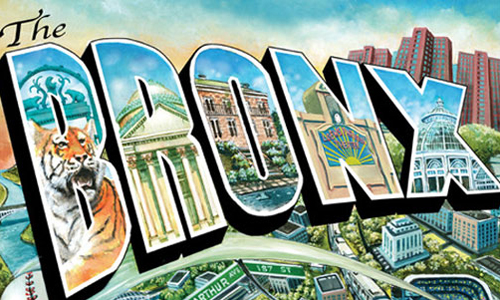 We are going to be checking out all of the districts. We start with The Bronx in the Atlantic Conference. Just in case you didn’t check out the Season Brawl, here’s how this works:

FAVORITES: One of the teams I think will win the district and should be a lock to place in the Top 4 and make the playoffs.
LEGITIMATE THREAT: Could win the District. Should be in the running to make the playoffs.
CONTENDERS: They could stick around for a while, but certain unexpected things need to swing their way for them to win
DARK HORSE: They COULD win, but A LOT of things need to swing their way – like everyone running to the parking lot to see another 13 game winning streak from the New York Yankees.

As this is a new district, this race is WIIIIIDE open. Who will take advantage?

FAVORITES
NEW YORK BOMBERS: They finished second in their district only to the Lane Crashers – and there’s no Lane Crashers in this district this year. Assuming that everyone shows up, this is going to be a very nasty team to contend with this year.

A TRIBE CALLED NEST: They would have made the playoffs, and they have imported a few key pieces into their line-up. They lost some pieces also, so part of the deal is how well they can get along with the new pieces.

APOCALYPSE: Another team that has some shiny new pieces in their lineup, and like Tribe, there’s no other big bad teams in their way. They should contend for the top spot.

LEGITIMATE THREAT
ROYALTY ON THE LANES: Usually the new teams fall into the Dark Horse Category except that 1. these people are well known and 2. this is a new district, which makes this team very, very dangerous.

CONTROLLED CHAO$: If there’s any team that can squeak in and make their voice heard in a district, it’s this team in this district.

CONTENDERS
CITY MORGUE: They made some noise during the Season Brawl series. Now let’s see what they can do in a Tour Stop setting.

SECRET INVASION: They scored 120 points last season. Can they secretly sneak up the charts into a playoff position?

DARK HORSE
THE ASYLUM: They traditionally look for new recruits on social media. We get to find out how well that recruiting class went.

HARLEM KNIGHTS: They took a step backwards a few years ago. Was that a fluke or the norm?

BOA: They took 68 points last year in what has to be a dark season for them. There’s nowhere else to go but up. BUT if there’s any district they can make a run and make it to the playoffs, it’s this one. Can they do it?