Who’s the most on the coast? 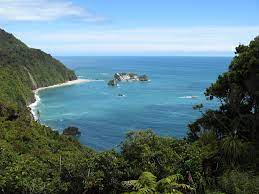 We are going to be checking out all of the districts. This preview covers Inner Coastal in the Southeast Conference. Just in case you didn’t check out the Season Brawl, here’s how this works:

FAVORITES: One of the teams I think will win the district and should be a lock to place in the Top 4 and make the playoffs.
LEGITIMATE THREAT: Could win the District. Should be in the running to make the playoffs.
CONTENDERS: They could stick around for a while, but certain unexpected things need to swing their way for them to win
DARK HORSE: They COULD win, but A LOT of things need to swing their way – like everyone running to the beach to catch the last rays of the summer sun.

There seems to be the Big 4 teams – and everyone else. That was what happened last time around. Will that happen this time around? And if not, who is going to sneak in and join the party?

FAVORITES
MOTION 2 STRIKE: They won the Capital District last time it was available to win. No reason why they can’t do the same here in an arguably weaker district.

THE WATCHMEN: They came in third in Tidewater by 11 points. Expect them to be a factor in this race as well, especially, as previously mentioned, with no Synergy to have to deal with.

REALITY CHECK: They were right behind Motion 2 Strike. Hence, they should be in the conversation as one of the 4 teams to snag a playoff spot.

LEGITIMATE THREAT
TOTAL CHAOS They finished in the upper half of their district, and if any team in the self-proclaimed top four comes up short, they seem to be in the best position to make some noise. Did they bring their whistles with them?

CONTENDERS
STRIKING VIPERS: They struck enough to finish in 6th place in the Tidewater. Will lesser competition give them a chance to bare their fangs?

DARK HORSES
PHOENIX FIRE / PRECISE VISION / RECKLESS ABANDON: All of these teams scored under 130 points during the last season, which definitely makes them Dark Horses. They all have gaps to fill – but maybe new teams and a new season will get them on the right side of the road. Can any of these teams be in the running for Most Improved Team in the UBA?