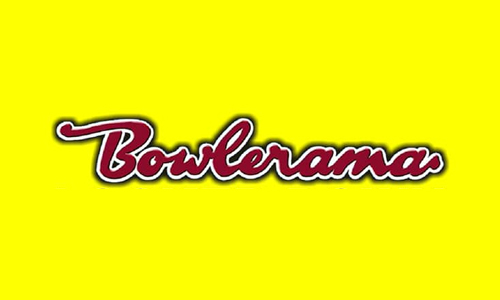 Welcome to the first Brawl where we are looking at Delaware (Hey Bowlerama, I’m talking to you). And I’m talking to you all who are reading this. So let’s rank where this may shake out. And as a reminder, here’s the list of the rank of how things are going to be going down…

FAVORITES: One of the teams that should win the whole thing
LEGITIMATE THREAT: Not one of the front-runners, but if they win it wouldn’t be a surprise
CONTENDERS: They could stick around for a while, but certain unexpected things need to swing their way for them to win
DARK HORSE: They COULD win, but A LOT of things need to swing their way – like a herd of gigantic rhinoceros blocking traffic and not allowing most of the teams to get into the bowling alley.

So let’s hang out at Bowlerama – again – and let’s give out the thoughts.

FAVORITES
Kryptonite – Whatever you say about Rob Bateman, you need to add District Champion to that list. And as they have experience in winning WCS titles, they could easily add a Brawl Title to their list.

Team Matrix – When you combine their NJ Shore District title with the fact that despite the numbers, this is a much easier brawl to win, then you have to put them as one of the favorites to win this one.

Secret Society – Speaking of heavy favorites, this team is LOADED. they yearly make an appearance at Battle Bowl and this could be their way to get into the tournament this time around.

Tom’s River Rats – The Rats ALMOST took the cheese in the Shore District. You have to think that they have something to prove to Team Matrix and the rest of the UBA. No mousing around this time.

LEGITIMATE THREAT
Kingsmen – Yes, they were a team to laugh about a few years ago. No one’s laughing at them now after coming in 3rd in the PA South District. Is this where they move into the Upper Echelon of the UBA?

Replacements – If you said that George Williams is a little salty about losing the WCS Heavyweight title and wants to take it out by winning a season brawl…you wouldn’t be alone in that sentiment. Will George ruff it up and do just that?

Usual Suspects – Another team that came less than 20 points to end Secret Society’s reign of dominance. Do they end it this weekend?

Syndicate – If there were playoffs last year, The Syndicate would have been there as they FINALLY got it together. Yes, Dey Know, but will we know if they can continue the momentum?

Philly Horsemen – The Horsemen finished in 3rd in the PA North. IS this where they get to ride again?

Goon Squad – The Goonies had a nice season AND made some noise in their last Season Brawl. Can they continue their ascent to a slot in the Battle Bowl Tournament?

Fire Foxx – The Foxxes came in rigggggghhhhht behind the Horsemen. Can they set the world on fire?

Tribe Called Nest – Why is the Tribe here? Well, as you know, the Tribe will Travel, and as you’ve seen the WCS history with them, they have no problems coming back to NY with hardware. They are going to be a very tough out.

CONTENDERS
Chosen Ones – Last year’s edition….meh. Can they be chosen to do better this time around?

Body Bagz – The first year was a nice touch for the Bagz. Thi past season…well…. they may have wanted to use the Bags to cover their faces. Which version is going to show up?

Mass Destruction – Usually with Malachi Moore teams, they are at least competitive, which is why they are here. Last year wasn’t a great season for them either, so they have to represent here for them to get more respect in future Breakdowns.

Jer-z Outlawz – What? Happened? Here? This is a MUCH better team than the season they put together in 2020. Hopefully they take the verbal tongue-lashing given here and get it together.

Smurf Nation – Last season was equivalent to Gargamel finding the village, laying waste to it and Asrael eating half of the population. The Smurfs do have the potential to get it together and start to sing that inspipd theme song.

DARK HORSE
Rival Alliance / South Jersey Strike Force – If I don’t know anything about a team, they get placed here. There are two relatively new teams, but a good showing and they will get out of this spot. Promise.