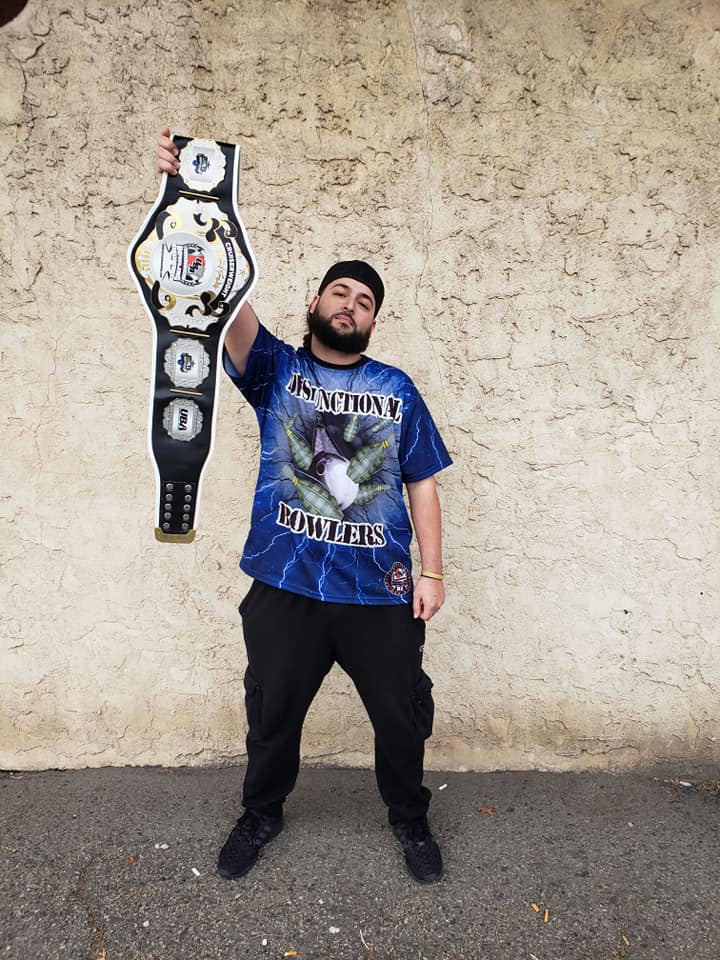 For a majority of the time line for the Cruiserweight division in the Northeast, we remember names such as Menendez, Valdes, Moran, and Jimenez (just to name a few), but the one that has probably stood out with the rest of the big names on the Cruiserweight list…Renteria.

Raul Renteria has been on the Cruiserweight list for over the course of four season (at least dating back to 2016-2017). Since the beginning of the 2017-2018 season, Renteria has one loss in non-title matches (18-1) and a record of 4-4 in title matches. He won the title the first time around back in December of 2018 against Kevin Menendez (Murder Inc.). Second time around would be during the same season 5 months later in May against Brandon Micewicz (Reaper Crew). Renteria is now eyeing-up his 3rd Cruiserweight title reign in his WCS career.

In his way to stop those plans for the Dysfunctional Bowlers owner…a World Championship Series rookie from Chester, NY (just outside of North Jersey). William Cron joined the Cruiserweight list in November, had a bye in November, then lost to Troy Gafgen (All-In!) in his very first match at Parkway Lanes. Since then, Cron has won three matches in a row (Kevin Myree, Malachi Moore, Josh Valdes). Due to other conflicts for the current champion (as well as for the #1 contender for next month), Cron is the next bowler up on the list to bowl for the title.

Long time veteran vs. Cruiserweight rookie…I wouldn’t call this a David vs. Goliath story, but for Cron, this is the perfect opportunity for him to take his shot for the Cruiserweight title. For Renteria…he is looking to make more history on the WCS.

In this matchup, it is hard to go against the long time veteran of the Cruiserweight list, but if you are a fan of underdog stories, this could be a good pick and a great opportunity for the challenger to claim the Cruiserweight title. For Cron to win the title, this match must end by the end of game 5. After that, Renteria’s experience at Lodi Lanes will take over.