Here’s what we’re working on….

1. Rules
The rules will (and basically need to be) updated for current times. In addition, expect more emphasis on the World Championship Series and Team Rankings, as they are events that do not need a lot of people.

2. Events
As it can be eluded, while the tour stop has been postponed, events haven’t been. They will still be thought of, developed and planned. Don’t be surprised if you see new formats pop up that can take elements of what the current environment is displaying and use that to the formats’ advantage.

3. Interviews
Thank you all for the positive feedback – and the list of people that want interviews. As the website will be producing content throughout the year, interviews will be going out, so you will see more coming down the pike.

4. District and Staff finalization
Though it may get started later than preferred, the UBA will be back in 2021. Hence, the staff, districts, etc. will need to be finalized. Once that’s done expect previews and lots of features on all of the new and returning teams coming in January.

So while we aren’t as doing as much bowling as we’d like, we are going to be very busy behind the scenes to continue to give you the best in Bowling Entertainment. UBA All Day. 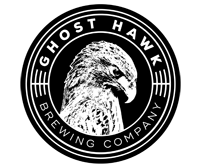