The Bad Twin’s Meanderings: In Honor of Chuckie

We pay our respects to Chuckie Hood 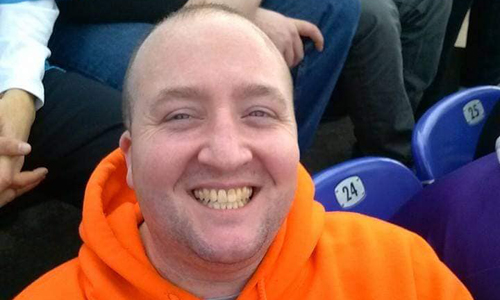 In Honor of Chuckie Hood I am going to do a new DMV North Tour Stop #2 Prediction and I am sure no one will mind. This Stop will be full of memories of Chuckie and I know the level of play will be increased under his watchful gaze from above.

Please also know that Kirby Crawford will have a Chuckie Hood jersey with him at this stop. Chuckie’s mom would truly appreciate it if everyone in the UBA could sign it. This shirt will be framed as a memento to be memorialized in memory of our brother. Please make every effort to stop by, see Kirby, and sign it. Thanks in advance!

1) Expendables vs. Apex Predators – The Expendables are looking to bounce back after a hard fought Tour Stop 1 defeat by the hands of Impact. Apex will need to bounce back after a tough loss to last year’s UBA Champions, Outrage. Both teams cannot risk dropping 0-2 if they want to keep their playoff hopes alive in the tough and compact division. Both squads had their bright spots last stop, but they will each need complete performances to claim victory. However, I believe that Apex has the better squad and should claim victory, 28-12.

2) Outrage vs. N.W.O. Wolfpack – Now this will be the match to watch. Both Outrage and N.W.O. claimed decisive victories in their first match. I believe N.W.O. has the roster to be a top 3 in this division and Outrage is THE team to beat. Both teams have quite the complete roster. Outrage is tried and true. However, Outrage did not have a match last year at Forest Hill. N.W.O. struggled in their match against DC Mafia. Will this ring true again? Who will have the hot hand? I have to go with the Champs to win, 26 – 14.

3) Pin Krushers vs. Vipers – PK and the Vipers both suffered tough defeats in their first match. Both squads need to bring it together to get a victory. It will come down to which handicap squads want it more. I believe PK will right the ship and take this one in a close fought match, 26-14.

4) Charm City Chaos vs. Kryptonite – Kryptonite underwhelmed in their revamped roster’s first outing, but they claimed victory. CCC pulled off a good win against PK. Neither one of these teams can slip up if they hope to claim a playoff birth. I believe Kryptonite has the stronger roster, but CCC’s handicap pairs can be quite dominating. I expect Kryptonite to put together a very strong performance on scratch and handicap pairs. Therefore, I will have to take Kryptonite to win this match up, 28-12.

5) Da Stoners vs. Impact – This match up is going to weigh heavily on everyone’s heart. This will be the focus of the DMV bowling community this weekend. Impact will step on the lanes for the first time without #DaHood gracing the lanes with them. However, Impact knows that he will be looking down on them from above and giving the “fingers” on every shot. Both teams have a ton of familiarity with each other and it just seems like the Da Stoners just cannot seem to catch a break drawing two juggernauts in their first two matches. N.W.O. made quick work of them in Tour Stop 1 and this week will not get easier against Impact. Will Da Stoners be able to pull together a complete team performance? Mr. Stanton cannot do it all. We need to see something from the other members. They certainly have the talent. Impact fought back to claim a decisive victory in their first match against a tough Expendables squad at the difficult AMF Woodlawn. Forest Hill should not be as difficult, which spells a very tough outing for Da Stoners. Every member of Impact will be putting their best foot forward in this match. They will certainly be doing this one for Chuckie. Look to see huge output on the lanes similar to the 300 Scott Rehm shot in Chuckie’s memory. I predict a pretty one-sided victory for Impact, 36-4.