Some teams should make other teams feel creeped out.. 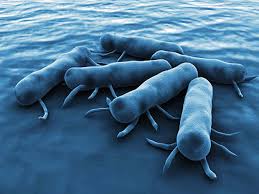 It’s not Halloween…yet, but let’s get into the spirit, being that we want the website to go viral (womp womp womp). So what does that pic have to do with anything? Read on to find out…

1. No hangovers for last season’s finalists.
Outrage comes out with a big win, while the Lane Crashers almost sweep Apocalypse. No hangovers here, and if anything, the teams that got to the top are looking…meaner? Tougher to take out? Anything can happen but we could be seeing the same teams make returns to Delaware.

2. New teams are taking over the Southeast
Augusta Reign and The Watchmen are currently in first place in 2 districts. And if the playoffs started today, five more new teams would be playing.

3. Bobby Hall’s first opponent? DHS’ Bryan Paul
The only belt in the north defended this month is the Northeast Regional Title. And we had to wait until last weekend to figure out who it is. Bryan Paul defeated Ducky Russell in 6 games, which included Paul shooting a 300 on Russell in Russell’s house. Bryan wants the belt and Hall now has to defend against him. This is going to be a high-offensive battle – and one that will be fun to watch.

5. Salmonella Sucks.
Your webmaster got leveled by Salmonella poisoning since last week and this is the first day this week that I have been able to spend a significant amount of time not having a splitting headache or not spending half of the day chatting with the toilet in all shapes and forms (I’ll spare the details, but….anything you can imagine probably happened). I’ll be updating as quickly as possible and I thank you for your patience.