The former champ wants his belt back. 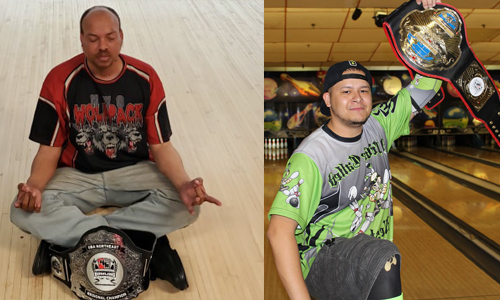 “Where am I picking my belt up at in October?”

That came from A Tribe Called Nest’s Niko Rivera, and it came after his 4-1 win over Kryptonite’s Rob Bateman. And if Rivera wins in October, the location will be from the hands of Northeast Heavyweight Champion Bobby Hall (N.W.O. Wolfpack), as he dispatches of DHS’ Bryan Paul by an identical 4-1 score.

That sets up Bobby Hall II Vs. Niko Rivera – 2 bowlers who are not afraid to let everyone – and their opponents – know how they feel. October is going to be a fun title month.